For several years, Michelle Skewes was - to all appearances - a confident, happy and effervescent person. The young mother of four held a double degree in nursing and, until recently, had worked as a switchboard operator at the St John of God Hospital in Ballarat in Victoria's Central Highlands, for just shy of 20 years.

But beneath the seams that held her public self together was a woman under relentless siege by a man who claimed to love her.

That man was Jon Seccull, a former White Ribbon ambassador, prison officer and son of a policeman. Last month, Seccull was jailed for a maximum of 15 years after a jury found him guilty of nine counts of rape, two charges of assault and one count of threatening to inflict serious injury.

The stunning depravity of his conduct was such the sentencing judge conceded he had struggled to summon words equal to the task of describing it.

There were some things, however, for which Seccull was not sentenced.

He was not sentenced for the terror, the humiliation and the coercion that indelibly marked Skewes' day-to-day life throughout their 13-year marriage. Nor for the daily volley of vile insults and criticisms he visited on her in spaces shielded from the public gaze. Still less for the trauma that robbed Skewes of her sense of self-worth and which, to this day, continues to shadow her life.

"There's simply no law to stop that behaviour."

Only a deaf person could have missed the depths of Skewes' frustration and anger.

Like so many victims of family violence, the workplace was, for Skewes, one of very few places she felt safe. It was also the only place where her feelings of shame and worthlessness retreated, momentarily, to the background.

"Early on, I developed an ability to disassociate," she said. "I could completely shut off from what was happening at home and come to work where I performed well, where I was good at my job and felt useful."

Seccull knew this. It was, after all, the reason he frequently harassed Skewes over the phone while she was at work, commanding her to return home to deal with the kids.

It was also the reason he sometimes inexplicably showed up at her workplace.

And it was the reason he eventually violated the sacred territory of her workplace by forcing her to have sex with a stranger at work, ostensibly for his sexual gratification. Before then, Seccull had confined that particular class of criminal degradation to non-work settings.

"He utterly hated that I had a job," Skewes said. "He was desperate for me to lose my job; that's why he kept sabotaging me."

Wendy Sturgess, chief executive of Children and Family Services (CAFS) Ballarat, said the idea that domestic violence was limited to the private sphere - the home - was a common misconception. "Research shows nearly 80 per cent of men who use family violence do so during work hours," Sturgess said. "The stress that causes [the victim] would, in anyone's terms, be absolutely horrendous and would obviously jeopardise the victim's ability to hold onto her job.

"Her job, we need to remember, is central to her ability to actually leave the violent relationship and set up a new life."

Over sixty per cent of women in the Australian workforce have experienced family violence. And while some men are also victims of family violence, study after study has confirmed men comprise the overwhelming majority of abusers.

Sturgess said it was beyond time society as a whole treated the nation's "family violence epidemic" as seriously as it did terrorism.

"It is so very, utterly, serious", she said. "It is really critical workplaces have adequate measures or policies in place that support women suffering family violence."

Her views correspond with a growing chorus of powerful voices in Australia calling on employers to take tangible actions that support victims of family violence.

Last week, the Champions of Change Coalition - an alliance of large private sector businesses founded by former Sex Discrimination Commissioner Elizabeth Broderick - released a comprehensive framework to guide workplace responses to family violence. Among the recommendations was a need to deepen understandings of domestic violence so as to better appreciate how it may manifest in the behaviour of victims at work.

Jocelyn Bignold, chief executive of McAuley Community Services for Women, said the difficulty of correctly identifying when or if a woman was experiencing domestic violence was acute. Indeed, Bignold cited an occasion in which her own organisation had failed to recognise when one of its employees was suffering domestic violence.

"She went from being an extremely proficient, bright, bubbly young person to timid, hunched-over and very pale," Bignold said in a whispered lament. "She was absolutely terrified; her productivity plummeted and her whole physical demeanour changed."

Bignold explained it was later discovered the employee had been receiving violent threats from her former partner after her intervention order against him had lapsed. "It was a shock to us to learn what was happening and of course we supported her through it," Bignold said.

Yet more difficult are those instances like Skewes', where the victim's ability to regiment their conscious mind and disassociate from the trauma can successfully mask the reality of their situation to onlookers, including their employer. All this, Bignold said, was compounded by the tendency of abusers to deliberately undermine the victim's mental health to the employer as a kind pre-emptive strike, on the off-chance the victim might say something. 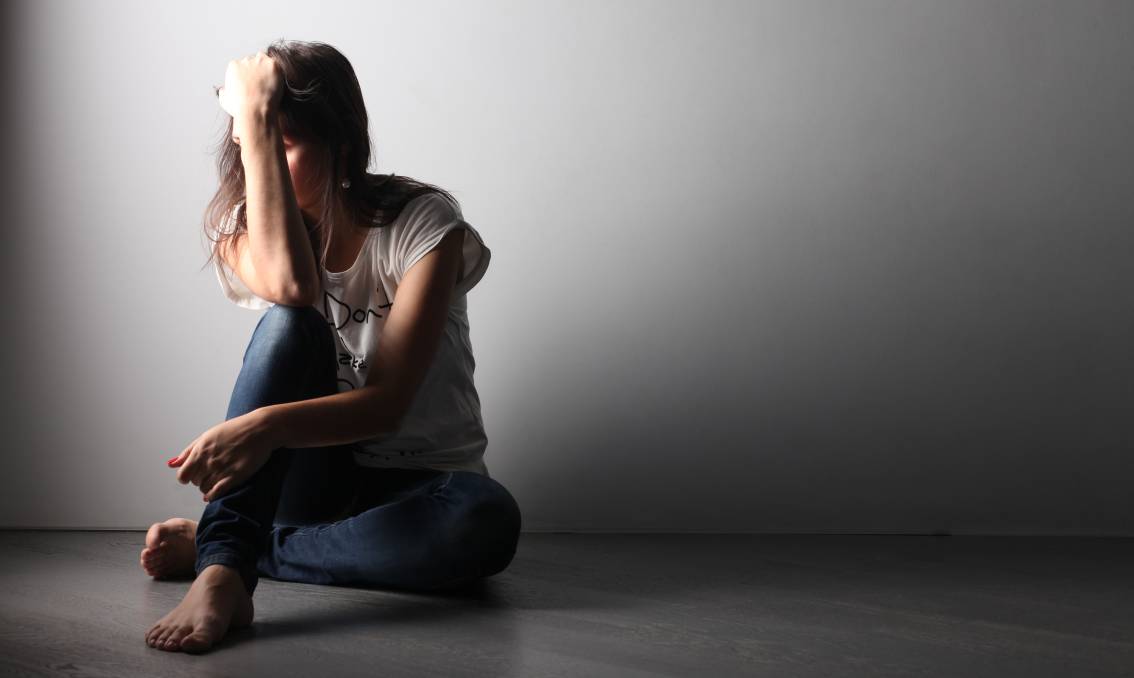 "It's not uncommon for a perpetrator to talk to the victim's employer and say, 'oh, go easy on her - she's got post-natal depression' or 'you know, she's not very well'."

Bignold said this was why employers needed to expressly implement clear family violence policies which, by design, encourage women to speak up with "no shame and no stigma". Such policies coupled with a safe and supportive workplace culture, she said, increased the likelihood women would have the confidence to come forward and disclose their experience.

Beyond paid or unpaid family violence leave and gender equality objectives, family violence policies typically spell out options for flexible work arrangements to accommodate, for example, absences from work due to court attendances or medical appointments, as well as variations in hours to maximise the victim's safety and wellbeing.

Reflecting on her lived experience of family violence, Skewes agreed workplace policies conducive to work flexibility - particularly an ability to move from full-time work to casual or part-time work - were necessary, but for an additional reason.

"Even though I can function quite well under stupid stress, there were days where I was so stressed, I had to put the work address into my GPS in my phone just to get to work," Skewes said. "My brain-mapping just disappeared - I mean, I sometimes couldn't even remember how to get from my house to the supermarket."

On many of those days, Skewes called in sick. In light of this, she said any credible workplace family violence policy must acknowledge the traumatic impact of abuse on victims.

"[Victims] need to be able to say, 'I can't do it, I'm not okay today' and know that their employer is not going to get angry about it," she said. "Because the workplace can also become unsafe, some women will also need a third-party place to work if it's feasible."

Skewes herself only told St John's hospital of her experience after Seccull had been charged. "The actual workplace attitude towards domestic and sexual violence was something I definitely struggled against at St John's," Skewes said.

When I asked Skewes whether she ever felt she could have disclosed her experience earlier, she fell into a brief, uncharacteristic, silence.

"No, never," she eventually said. "I never felt like I could - I just couldn't. I mean, it was all just so freaking shameful."

It was a tragic admission that spoke, in part, to the success of Seccull's year-in-year-out, piece-by-piece assault on Skewes' sense of self-worth, dignity and agency. "It had got to a point where I knew what he was doing was wrong, but I thought I deserved it."

But it was an admission that spoke equally to the absence, at least from Skewes' perspective, of a safe and inclusive workplace culture, receptive to her truth.

Speaking in general terms, Skewes provided an insight that was arguably befitting of her own experience. The only way women will come forward to employers with their story, she said, is if they know they're going to be supported.

At the time of Seccull's four-week trial, St John's Hospital generously gave Skewes an extra two weeks leave on top the four she required to attend court. But she says the week she returned, she lost her job.

"I got called back into the office and told I had taken too much time off and that my contract would not be extended," Skewes said.

It's unclear whether or not Skewes was performance-managed out of the job. Countless women who underperform due to their experience of domestic violence often find themselves in this predicament, she says.

What is clear is Skewes, who now works in district nursing, is intent on using her dreadful experience to advocate for the thousands of others impacted by family violence. On Wednesday, she attended the Victorian parliament to lobby for a change to the way in courts regard coercive control.

"To go from believing I was nothing to have a life where I can continue to help people without being told I'm stupid for doing so, I can't describe how that feels."

Readers can support more than 600 children in the Ballarat region in need by making cash or gift card donations to the annual CAFS Christmas Appeal online at www.cafs.org.au or by contacting CAFS on 5337 3333.

This story Not a private matter: Michelle Skewes and family violence experts call on employers to step up first appeared on The Courier.